Everest Region Trekking in Nepal
The Everest region situated in eastern region of Nepal is one of the most well-known trek destinations in Nepal and presents a reverie experience. The Everest region is located in the east region of Nepal which is secluded by the Sagarmatha National Park, began in 1976 and occupies region of 1148 sq km. The park is generally is poised of the uneven scenery and ravines of the elevated Himalayas.
Everest Base Camp Trekking one of the most popular trekking destinations of the region will let you stand on the base of the Mt. Everest (8848m), the highest mountain in the world. The peak is also renowned as Sagarmatha which exactly means the goddess mother of the earth. Providing the most awe-inspiring lifetime experience, Everest region trek will present a chance to take a trip through long-established Sherpa communities and Gombas meaning monasteries.
Apart from the highest peak of the earth, there are other 8,000 meter striking peaks in the area such as Lhotse, Makalu (8,463m), Cho Oyu (8,153m), Ama Dablam (6,856m and many more. Plants we can see here are pine, hemlock, fir, birch, rhododendron, juniper, and it is home to the thar, serow, ghoral, musk deer, impeyan pheasant, blood pheasant, the yellow-billed chough, red-billed chough etc. In addition, Solukhumbu, the center of the Everest Region is a vital part of the Himalayan allure and thus makes the spot an ideal one to visit.
With Nepal Planet Treks and Expedition you can go for a trip to Everest Region Trek, tent or tea house trek planned for those trekking fans with physically fit body. Apart from the magnificence of the great Mount Everest located in the surroundings, other enormous peaks can be spotted. 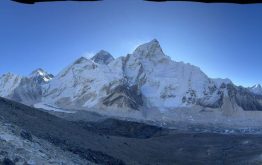 Everest Base Camp is an astounding and demanding high-altitude trek in Asia with a mountain view of Mt.Everest Himalayan ranges. The Everest Base Camp has one of the longest trekking itineraries between 14-15 days which might not be suitable for[..] 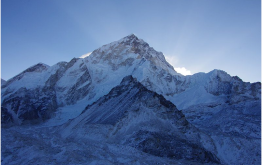 Everest Base Camp Treks with out Flight

Everest base camp treks now days is possible without flight, if someone doesn't want a flight take to Lukla and back to Kathmandu.  It takes more than just 5 days trek than by Lukla, So you can drive by jeep[..] 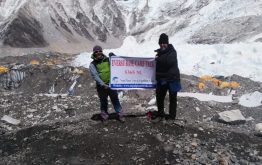 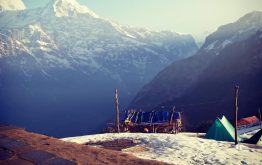 Pikey peak is one of the amazing trekking routes lower regions of the Solu Khumbu zone est part Everest region in Nepal. Its, last height is 4047-meter high. you will get one of the grand scenery with natural experience in[..] 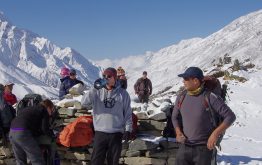 Luxury package  Everest Base Camp treks are one of the adventures with exploring trips to the bottom of the Mt. Everest (8848m), the highest mountain in the world and it is an amazing opportunity to trek in the Himalayas in[..] 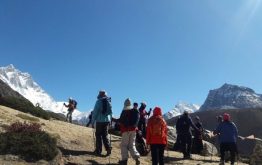 Everest panorama short treks and easy mountain beauty trekking in the Everest region in Nepal. there is no dought the most adventure popular place to visit in Nepal in the region of the Mt Everest treks till Namche Bazar. But[..] 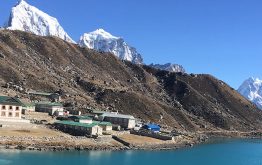 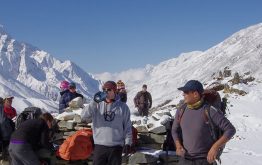 Three pass trekking is one of the adventures high path route to an Everest region in Nepal, and  Mt. Everest is known as the top of the World! than Here some of the highest peaks in the world join the[..] 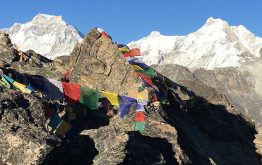