Tibet is well-liked for having the distinctive way of life in the world populace entirely following Tibetan Buddhism. Normally, the Tibetan people speak Tibetan dialect and they also are familiar with Chinese as they have to gain knowledge at school. Luopa, Han Chinese, Menpa, Sherpa, Hui, and a not many Deng are inhabitants of Tibet, amongst them Tibetans are the chief population as 92 percent of the area is enclosed by Tibetans. Let Nepal planets Treks and Expedition organizes trek to Tibet as per your desire.

Tibet Lhasa tour and trekking operators from Nepal.A quick  Tibet tour from Kathmandu to Lhasa and back. Includes a tour of Potatola Palace in 4 night  5 days trip: former residence of the Dalai Lama with 1,000 rooms, 10,000 shrines,[..] 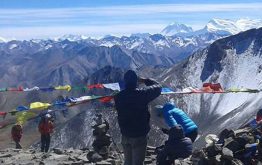 Tibet Kailash mountain overland tour opened thought via Kerung border Nepal and Tibet of China of the Rasuwagadhi the kerung village, so we will take you the newly opened path to journey the Holy land of the worship and hike[..] 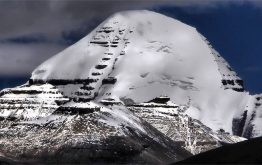 7 Night 8 Days Tour in Tibet, Most popular `Overland Trip' from Kathmandu to Lhasa, Includes an option for travel either direction with 5 days spent traveling on the road. You will climb several high passes over 5,000m and travel[..]